Two-thirds of those funds will flow through the Department of Homeland Security (DHS). In his new budget, President George Bush is asking for $35.6 billion, up 7 percent from the amount Congress funded in FY2006. This is roughly twice as high as FY 2002, when DHS was not yet a cabinet-level department and its 22 agencies operated separately. Yet it is significantly less than the $41.1 billion the president proposed for DHS in FY 2005.

DHS funnels most of its aid to states and municipalities through the Preparedness Directorate. Its budget will decline 15 percent to $3.4 billion. In case anyone misses the point, the new budget discusses preparedness under the heading "Restraining Spending and Managing for Results." In the past, the rapidly rising DHS budget proved a treasure chest for state and local governments and the companies that supply them. Over the past four years, DHS has funneled more than $14 billion, including $2.5 billion under the FY 2006 Homeland Security Grant Program, to the states. States received the money and then dispersed it to upgrade responder capabilities based on their assessment of needs.

The cynical might say the Congressional formula to disperse money to the states turned firehouse politics into law. It simply divided half the funds evenly among all 50 states and allocated the other based on population. This sent disproportionate funds to small states, says Tim Ransdell, executive director of the California Institute for Federal Policy Research. In FY 2004, for example, Wyoming received $38 per person while California got only $5 per person.

The funds sent to states were not a blank check, but they were close. Early DHS policy emphasized all-hazards preparedness, the ability to respond to everything from floods and earthquakes to terrorist attacks and derailments. Its goal was to upgrade equipment, capabilities and training so responders could work together in large teams to respond to a terrorist attack.

Financially strapped communities suddenly found they could not only buy new hazmat suits, multigas sensors and decontamination units but also personal armor, radios and computer systems. Local fire departments bought so many new fire trucks that manufacturers who had been begging for work suddenly found themselves with a three-year backlog on new orders.

"The first thing we did after 9/11 was to throw money at the problem," says James Carafano, a senior fellow at The Heritage Foundation, a conservative Washington think tank. "There were no priorities, standards or plans. A lot of that money was simply wasted. You can't buy your way out of this problem, and you can't give every state and municipal government whatever they want. You have to look at how effectively you spend it."

"It's a black hole," opines Dave McIntyre, director of Texas A&M University's Integrative Center for Homeland Security. "There's no such thing as enough money, especially when someone else is paying the bill."

Last year's budget heralded an end to those free-spending ways. It imposed strategic goals and standards. More significantly, it dispersed more than half of DHS's State Homeland Security Grants based on risk and threat. It also refocused the efforts of most DHS agencies on interdiction and monitoring.

As a result, finding the federal treasure chest has grown more complicated than in the past. It requires a good treasure map. The DHS budget is that map. It holds all the clues to changing DHS priorities. 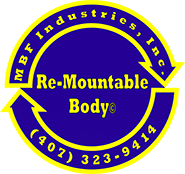